For  132 years, the Observatory has served the Ballarat community and for the last 60 years it has been managed by the Ballaarat Astronomical Society.  Apart from its astronomical use, the Observatory buildings and telescopes are of great historical interest, and were classified by the National Trust in 1989, and added to the Historic Buildings Register in 1992. 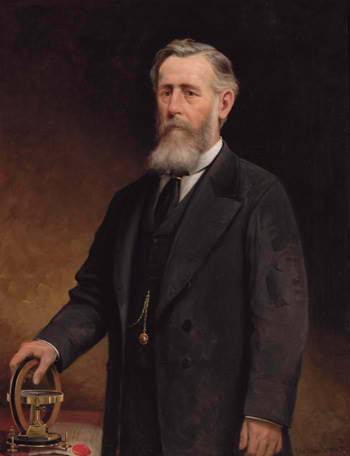 In 1885, following the initiative of Mr James Oddie, the Government reserved three acres (about 1.2 hectares) in Cobden Street at Mount Pleasant, for an observatory, and in March 1886, a committee was appointed for the care, protection and management of the reserve. Oddie made the observatory possible through his enthusiasm for science and his philanthropy. When  Oddie established the Observatory, he invited Captain Baker, a retired sea captain to become the first Superintendent.

On the 11th May, 1886, the formal opening of a small observatory with a 12.5-inch (32cm) reflector, transit room and cottage took place. This telescope, the first used at the Ballarat Observatory, was made by Captain Baker some years before he moved to Ballarat from Goldsborough, and which won a silver medal at the 1873 Melbourne Exhibition. Captain Baker built a workshop and foundry, and constructed a number of telescopes on site. Captain Baker also gave astronomy lectures and provided viewing opportunities. As Captain Baker was an expert telescope maker, he was chosen to polish the mirror of the 48-inch (122cm) Great Melbourne Telescope at the Melbourne Observatory in 1888,  and his greatest instrument, the 26-inch “Great Equatorial Telescope”, is still in use. After Captain Baker’s death in 1890 and the financial depression of the ’90s which bankrupted Oddie, the Observatory suffered a period of neglect. John Brittain a lecturer in astronomy at the School of Mines, rekindled public interest in the Observatory and persuaded the Town of Ballaarat East to take responsibility for it.

John Brittain was born in Wales and migrated to Australia at the age of ten. He became a lecturer in astronomy and surveying at the Ballarat School of Mines. Ballarat School of Mines. When the Ballarat Observatory was on the brink of extinction, Brittain breathed new life into it and virtually rebuilt it during the period 1914-15, at which time the unique set of stained glass windows were installed. Several of these were donated by organisations in which Brittain was a very active member, namely the Welsh Cambrian Society of Sebastopol, The Orion Masonic Lodge and the Methodist Church, in which he was a Local Preacher for many years. Others were donated by friends with a great interest in astronomy. 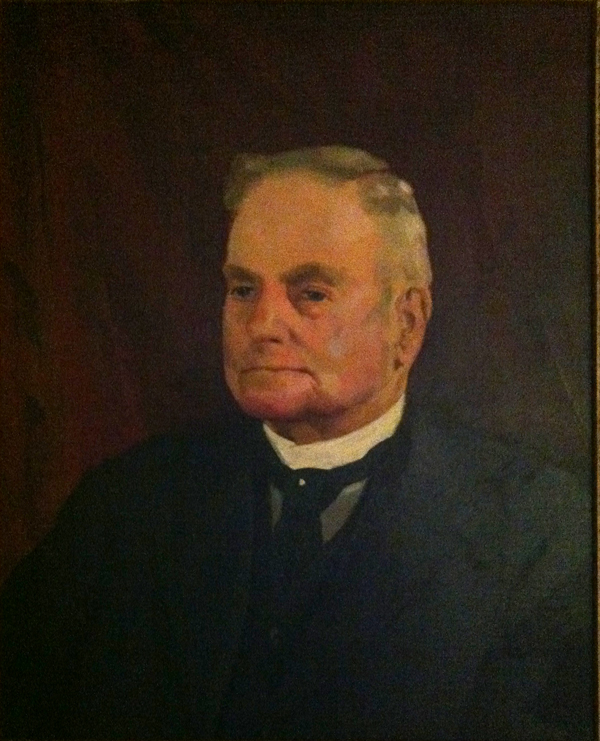 He was Superintendent at the Observatory for 30 years, and contributed a monthly column, “Astronomy Notes” to the Ballarat Courier for forty years. His legacy to the people of Ballarat is the set of fine, historic buildings and the historic telescopes which, without his intervention, would have been lost to Ballarat.

Brittain raised considerable community support enabling the buildings to be completely renovated in 1914-15, when the spectacular stained-glass windows were fitted. Other donations included furniture, furnishings and scientific instruments. Brittain was appointed Superintendent, a position he held until his death in 1943. The next major addition to the Observatory came in 1916 when the Jelbart Brothers, a prominent Ballarat engineering firm, donated an exceptionally fine 5 -inch brass refractor. Generous and widespread community support made possible the erection of a brick dome to house the instrument. This telescope remains a favorite for many people.

After a period in which there was no supervision, Alex Caird was appointed in 1947 and immediately set about the rehabilitation of the buildings and instruments.An outgoing and popular figure, he welcomed many to the Observatory. After his death in 1957, a further period of neglect followed. However, in 1958, following the initiative of members of the Astronomical Society of Victoria, the Ballaarat Astronomical Society was formed.

The Observatory is a thriving centre for astronomical activities.  The  City of Ballarat Observatory Advisory Committee recommends major developments at the Observatory. the recently formed Ballarat Municipal Observatory Museum Board has been established to manage the Museums programs and maintenance on a weekly basis. The Ballaarat Astronomical Society supports the programs with trained members providing programs and events throughout the year.

COLLECTION LINKS these will be updated from time to time as the collections are transferred to a digital format.